You are here: Home / Uncategorized / Parenting Styles: Have I Overdone the Internet Safety Lectures? 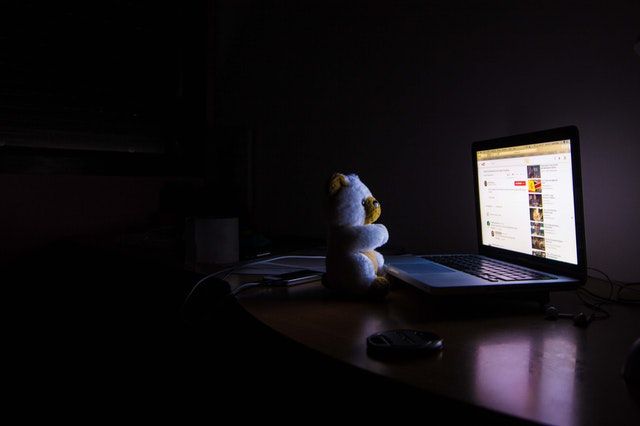 Like many parents, I’m terrified of allowing my kids on social media. We have all read the horrific stories of cyber-bullying, and it would destroy me to watch either of my kids being harassed online, or in real life for that matter. We talk about internet safety often—perhaps too much, it turned out.

Lats week my kids were watching Diary of a Wimpy Kid: The Long Haul in the backseat as we began the first leg of our summer road trip. I overheard some dialog about the main character trying to live down something embarrassing on social media. I hit pause on the DVD player to take advantage of this Valuable Teaching Moment.

Me: So way back in 2016 I tweeted something about being too lazy to get up and get a Kleenex, and it came up in my newsfeed yesterday.

I need to blow my nose but I'm too lazy to get up and find the box of kleenex. #stupidpost #oversharingfornoreason #lazy #NoseCheese

Me: Originally? Just one—that’s why it was so weird. I sent this stupid tweet and no one liked it and I didn’t think anyone even read it. And here it is, two years later, and someone I don’t know finds it and likes it.  Nothing on the internet ever dies.

12 YO: That reminds me of a story. A baseball player got in trouble for tweets he sent six years ago, when he was still a teenager.

He scrolled through his phone until he found the article, and read the relevant portion aloud. We talked about growing and maturing and becoming a better person. We talked again about how the internet lives forever. I took a small moment to silently praise myself for my fine lecturing skills, and we continued about our day.

At the end of the evening though, I paused in a different way.

ME: You mean in my blogs and articles? No. I call you 12, or my eldest son. In my Only-Mama blog and book I always refer to you as Big Pants—you know that.

Again, I prided myself on my decision years earlier to never publish a piece with my son’s name. But then he threw me for a loop.

I took a picture of him and his brother, and he said, “Please don’t put that on Facebook.”  I was happy to promise not to—I remember the awkward self-consciousness of being twelve years old. But then he dropped his bombshell:

12 YO: I don’t want any pictures of me on the internet.

I’ve always protected his face when posting blogs, but of course I’m on Facebook, along with the rest of the world. To further complicate things, I’m not the only one posting pictures of my son. His first grade teacher had a classroom twitter account. The school district has a picture of him on their website.  My friends and relatives post pictures on social media often. I may be his mother, but I can’t keep him off the internet.

As a mother, I spent a lot of time trying to protect my kids from future consequences. But it occurred to me that maybe I’ve gone too far.

I don’t want my kids to be afraid of social media.I just don’t want my youngest posting videos of himself in his underwear—something that no one would be surprised to see happen.

Facebook is a marvelous tool to keep in touch with people we don’t see regularly. It can foster relationships that might otherwise whither. In our case, we have no extended family in town, so I rely on Facebook.  I fell in love with Twitter’s “person on the street” live streaming during the Republican National Convention.

I wanted to know what was really happening at protests, and I didn’t know which news source to trust. I appreciated people posting videos so I could form my own opinions. I still haven’t made friends with Instagram, but we’re getting better acquainted.

I want my kids to be cautious online, just as I want them to be cautious while using steak knives or sharpie markers. My goal as a parent is to teach my kids how to live on the internet safely—not avoid it entirely. When my son applies for college or a job, they will expect him to be social media savvy. Refusing to participate isn’t really an option anymore.

So now I have to bring him to the table when I am on Facebook. Let him see what kinds of things I post, and talk about why I post them. Explain how I use lists to manage who can see what pictures. Show him my twitter feed, and talk about the privacy differences between the platforms, and why I like both of them.  He is old enough to see what trail he already has online. In my case, we have different last names, so in spite of my writing, he is pretty non-searchable.  But with the direction that facial recognition software is heading and auto-tagging, by the time he is my age, I doubt anonymity will be an option.  It is time to talk about what I love about social media as well as what scares me.

Don’t get me wrong—I am still terrified of cyber bullying and the dark side of the internet, but I was also afraid of real life bullying and I still sent him to school. The internet is just one more terrifying thing that he needs to learn how to navigate.

When I learned to drive a car, my learners permit  only allowed me to drive with a parent. By the time I got my full license, I had a vague idea of how to handle things on my own. I think this is how I need to approach social media with my kid—first right beside him, but then slowly giving him more control as he matures. I can’t avoid it any more than I can avoid teaching him how to drive.

In the end, I don’t want my kid terrified of the internet, and that means I have to stop my fear-based lectures. It’s time to have a more grown-up—and realistic—conversation.

7 Smoothies to Help Your Picky Eater Get Enough Protein

Lara Lillibridge sings off-beat and dances off-key. She is the proud mother of two boys, a fine cat, and an old stinky dog. Her childhood memoir, Girlish: Growing Up in a Lesbian Home is out with Skyhorse Publishing, and she is just finishing up Mama, Mama, Only Mama, a memoir about parenting after divorce. Follow her at www.LaraLillibridge.com or find her on Twitter, Instagram, and Facebook.