You are here: Home / The grown ups (that's you!) / Parenting / Parenting Styles: When You Have 3 Siblings, You Share Your Parents 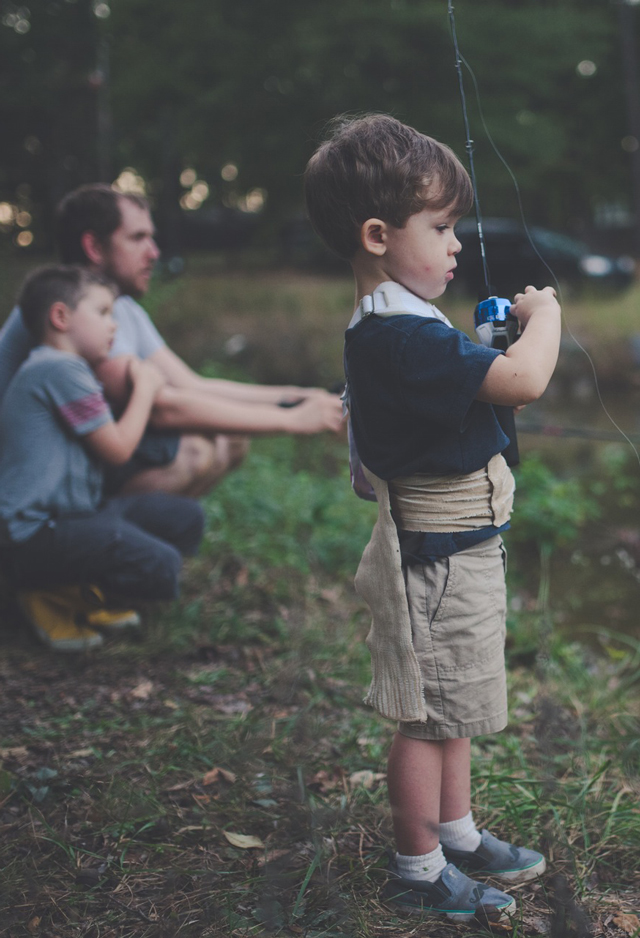 This morning, our two-year-old woke up crying. She’s a sunny kid most of the time, padding downstairs to beam and greet us all, “Good merning!”

However, we’ve been dealing with runny noses and terrible coughs and croup and double ear infections in our house over the last two weeks – horror – and E was the last of the kids to go down. I scooped her up and climbed into my bed with her. She snuggled up and closed her eyes until her big sister slid in to join us.

E took immediate, out-of-proportion offense, bursting into tears and clutching my neck and wailing, “I don’t want her in your bed!”

Later, when I stealthily slid away from the sleeping toddler, I found G making her bed, already in her school uniform.

She looked straight at me, and in those narrowed brows and the set of her mouth, I could see it plain as day – hurt feelings, resentment, anger, and resignation. Because when you have three siblings, you share your parents. That’s just how it works.

I hate it, anyway. Making time for everyone is one of my biggest struggles as a mom of four.

It’s hardest for my oldest daughter, I think. E has become bizarrely possessive lately, climbing in my lap and pointedly announcing, “My mama,” to her brothers and sister. Her brothers, five and almost ten, will laugh and jostle for position. But G, almost eight, crosses her arms and looks away.

This morning, in G’s room, I sat on her bed and pulled her into my lap, marveling at these long legs and the size of her hands and how heavy she’s become.

She leaned her head back into my shoulder and laced her fingers through mine, listening as I spoke.

“It’s hard when you have to share your mom,” I told her, “and I’m sorry that your sister made you feel bad. She’s sick and she’s two and those things make her act like a brat sometimes.”

“Yeah, a lot. But I don’t know, you could have given her a run for her money,” I joked. “You were pretty opinionated when you were two.”

G smiled, turning her face into my shoulder, and I felt the ice thaw a bit.

We made plans for a mom-and-daughter date this weekend, something we’ve started recently. We head out together for brunch or lunch, no boys, no baby sister, no cell phones, just us.

She loves it because she has no competition for my attention. And I love it because I catch these glimpses every now and then of this young woman she’s becoming. She’s almost eight, far too soon for this. And yet, I see it in her finely arched brows and her profile, in her developing sense of style and her opinions.

I notice these things, and they bring me up short.

Because I remember her as an outrageous little two-year-old, outgoing and hilarious and adorable. And I watch her now as a child when these flashes of the future seem so incongruent. I’ve been here for all of it, every milestone, every bruise, but it seems to be going by so fast.

It’s why I’ll keep fighting to make time for each of them, why I’m scheduling all of these one-on-one coffee/hot chocolate dates. At home, my attention isn’t evenly distributed. It can’t be when my littlest is still in diapers and needs extra help with clothes and shoes and bathtime and teeth cleaning. It’s a logistics thing, really. Four kids, and, you know, a husband and a business, and there aren’t enough hours in the day.

But when it’s just me and her, or just me and one of my boys, I can really focus and look and listen and marvel. This one-on-one time is for them – about them – but it’s for me, too.