You are here: Home / Jessica / Parenting Styles: The Child Who Worries 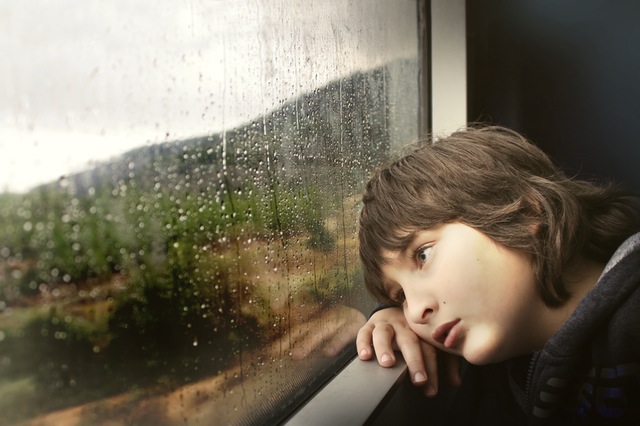 I’ve written before about my oldest son – smart, athletic, a total slob – he’s an interesting little dude. He fits the mold of the first born in many ways, and maybe that’s also why he doesn’t handle stress particularly well.

He’s nine, and he’s a worrier.

And I’m not talking about school worries, or do-you-think-I’ll-be-able-to-get-my-grappling-tip-today worries. These are big-time worries, the kind that make kids grow up way too fast.

My son tells me things like, “I’m worried that I’m not a good person.”

And, “Remember that time in second grade? That time with Brady?”

I do not remember that time in second grade with Brady, but clearly, he does. Because he’s asking as he rolls on my bathroom floor, head in his hands, whimpering.

“Buddy. No. I don’t remember. What happened?”

He can barely squeak it out.

I vaguely recall the incident – the boys, both in different martial arts academy, trading foot jabs and Thai kicks in a friendly, impromptu sparring session. In sparring class, boys wear cups. On the playground at school, they definitely don’t. And my boy got his buddy right in the sweet spot.

So apologies all around, a discussion about why sparring should stay in sparring class, and, apparently, nearly two years of guilt.

I told him that he had done the right thing – apologized, and told his dad and me, and tried not to do it again – and that he needed to forgive himself.

I told him that I make mistakes every single day, and that I work hard not to repeat them. That I ask forgiveness routinely, and then I move on.

He listens, and nods, and brightens, wiping his eyes and heading off to boot around the soccer ball in the backyard.

But there’s always another worry.

When he confessed that he thought he wasn’t a good person (and after I picked up the pieces of my shattered heart, because OMG), I pulled his gangly frame right into my lap and spoke without thinking.

“You know how I know you’re a good person?”

He shook his head, eyes down.

“Because only the good ones worry about whether they’re good.”

Then I started listing all the wonderful things he does for his little brother and his two little sisters. I reeled off examples of his generosity and thoughtfulness and kindness.

And then I remembered an article I read on Huffington Post about what not to say to an anxious kid. The one that reminded me that fear isn’t rational, it’s emotional.

The author suggested, in lieu of trying to logic my way through my son’s anxiety, I should try pointing out that feelings aren’t always facts, that they can be challenged, disputed.

So that’s what I did.

“You know I think you’re a good person. Can you think of other reasons why?”

And, wonderfully, he could.

I searched for that article after our conversation, mentally noting useful replies to potential worries. Because for all the many ways my son shows his competence and maturity, I am reminded how very young nine years old is when he’s feeling anxious.

It’s interesting. The things that I would expect him to be anxious about – class presentations, or big soccer games, or belt tests – don’t seem to faze him. He worries about the environmental toll our plastic lunch bags have, and if mankind is going to hunt sharks out of existence, and if pushing his younger brother when he’s sick of being jumped on makes him a bad brother.

He feels guilty for doing and saying things that have been hurtful to others, and he hangs on to those feelings for far too long – long after the apologies.

Maybe it’s a sign of his empathy and compassion, and those are things I don’t want him to lose. I want him to feel the weight of important issues in our world, but within reason. He isn’t responsible for what’s happening to sharks, and it’s important that he understands that.

We do what we can, and we let go of the rest. It takes some people a lifetime to learn that, and I hope it’s a lesson my boy starts to understand soon.

She’s Six. She’s Not Your Girlfriend.

The Ongoing Lesson of Appreciation

Got a new or picky eater?

Sign up for our newsletter to get a handy stick-it-your-fridge list of our favorite healthy recipes for toddlers and a link to all of the recipes!

Success! Now check your email to get your "stick-it-on-the-fridge" reference list of meal ideas for your 1-year-old. (Hint: I use it for my 2, 5, and 7-year-old kiddos too!) And don't forget, you can always get all the recipes here: https://modernparentsmessykids.com/30-dinner-ideas-1-year-old/